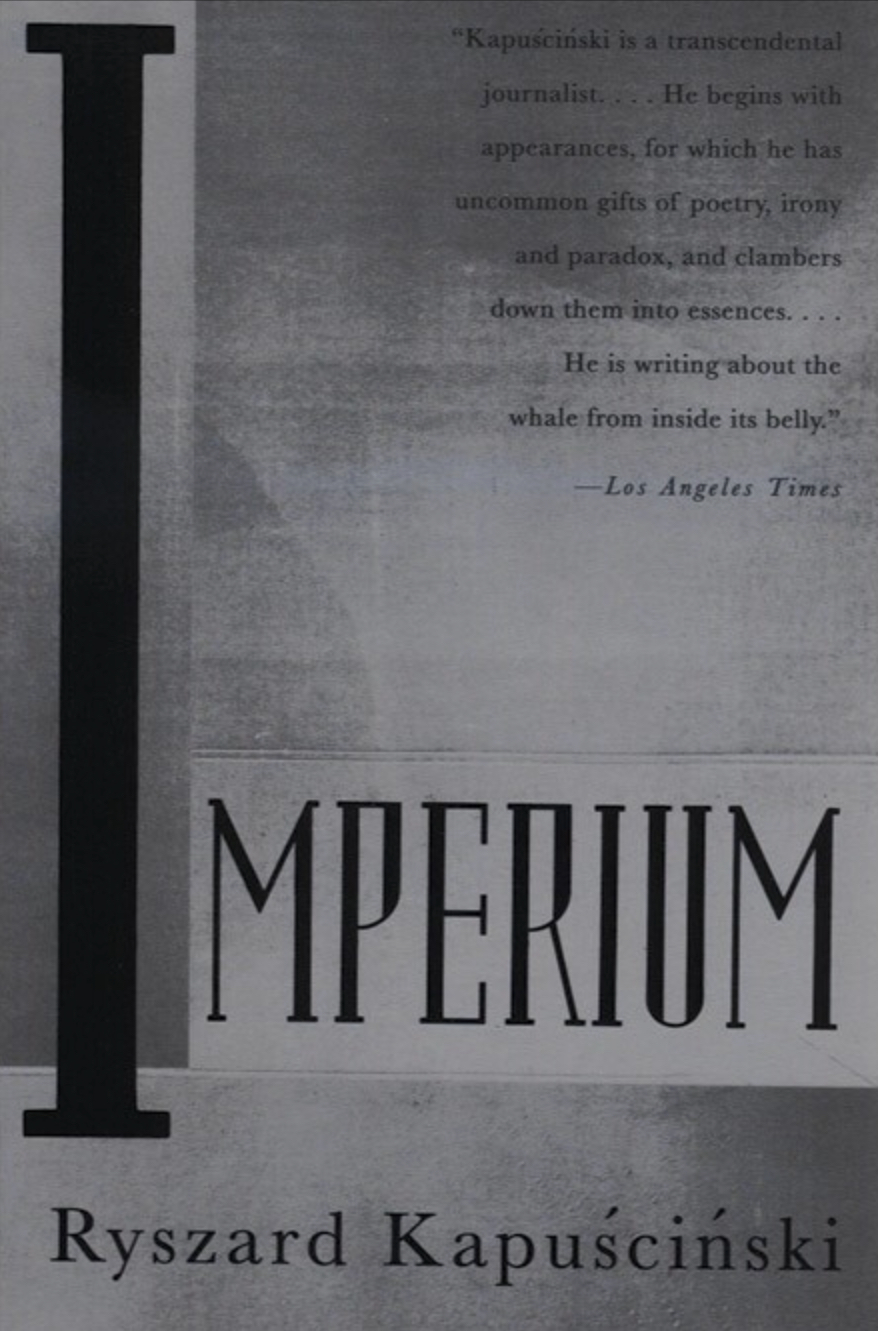 There are many factors that have mythologised and romanticised Russia: the veil of secrecy that has surrounded it since before, during, and after the establishment of the U.S.S.R. has given it a mystique that cannot fail to arouse one’s curiosity; its sheer size and location take it beyond the comprehension of European consciousness, giving it a presence that cannot be ignored; and its cultural influence – in terms of its thinkers, its writers, and its politics – serves to support and emphasise that presence. It has been, and will continue to be for a long while yet, the exotic-other on our door-step.

Ryszard Kapuściński, with his naturally-flowing, significant-but-not-pretentious style, entertains and educates in equal measure, and shines a light on many places that have remained in the shade for far too long and far too easily, simply due to the fact that our eyes have been diverted, or that the little is so easily consumed in the large that is Russia – and was the U.S.S.R.

When I say ‘places’, it would be more accurate to say ‘people’, as this is where Kapuściński’s light really shines – and it is people and the human spirit that populate this book. Often, even in critical accounts of the machinations of whatever state or system, the impact upon the person-in-the-street, like you or I, gets lost; the critique, therefore, replicates the dehumanising effect the state or system is said to have; people remain statistics and – although to an argument rather than a system – slaves. As always with Kapuściński, it is people first and the system second – and this approach says so much more about the larger world we inhabit than any cool, detached analysis can ever hope to achieve.

I think it also reminds you that all our thoughts and actions have an equal importance and subsequent potential to have an equal effect on our worlds. We may feel like powerless subjects within ever-more globalised ismocracies, but much as we are affected as individuals, we are also agents and actively perform as individuals and groups to the directions we choose. Many of us may currently believe we exist to serve the systems that were created to serve us, but we did create them and, therefore, have the power to bring them down or change their course.

I cannot recommend this book highly enough: it educates, it enlightens, and it entertains – what more could you want?